Heroin withdrawal typically begins within several hours of a person’s last use. Symptoms can include vomiting, muscle and bone pain, and cravings. Withdrawal effects can vary depending on a number of factors. Users may be at higher risk of relapse without professional treatment, which can also help them to safely and more comfortably begin to recover from their addiction.

Heroin withdrawal is associated with a number of potentially uncomfortable symptoms. While the withdrawal experience is seldom life-threatening, it can potentially lead to relapse. 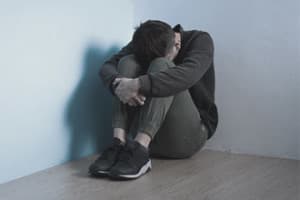 Some physical heroin withdrawal symptoms include:1

In addition to the physical discomfort of withdrawal, someone may experience mental health issues as well, including:2,6

Suicide risk is a concern during heroin withdrawal. Because users may be experiencing uncomfortable physical symptoms, along with symptoms of depression, they may be more likely to act on suicidal thoughts.

Further, because the physical, mental, and emotional symptoms of withdrawal are often quite uncomfortable, users are at an increased risk of relapsing during this time.

How Long Do Effects Last?

In some cases, symptoms may continue beyond this timeframe and could even remain for several weeks or months. For example, mental health symptoms, such as anxiety, depression, inability to sleep, and a lack of motivation, may persist long after withdrawal ends.8

The timeline and intensity of withdrawal effects depend on the person’s level of physical dependence and are further affected by their particular situation. Some such factors include: 4,5

People in withdrawal are at risk for several medical complications. Some of these conditions include: 7

Further, if someone has a mental health condition and is using heroin to self-medicate, or mask the symptoms, withdrawal may actually increase or worsen these symptoms.

The risk of relapse is especially high during withdrawal because it can be very tempting to use again to avoid the uncomfortable symptoms.

An associated risk of relapsing after a period of abstinence is overdose. Over the course of withdrawal and any period of sobriety that follows, the user may significantly lower their opioid tolerance. If they relapse and use the same amount they used before their attempt to quit, they may be more likely to overdose because of this decreased tolerance to heroin’s effects, such as respiratory depression.

Because of these risks, it is important to seek professional treatment to stay safe and have a successful recovery.

People who are going through heroin withdrawal can lower their chance of relapse and ensure a more positive experience by seeking out professional treatment a detox center or a drug rehab program. Healthcare workers can provide comfort and medical care that ensures the individual stays safe while coming off of heroin.

Treatment settings can also provide much needed support after withdrawal, such as:


These tools and support can help a person reach their ultimate goal of staying sober and lead them on a successful journey to recovery.