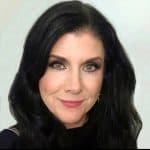 Written by: Leah K. Walker
Edited by: Dan Wagener
Reviewed by: Scot Thomas
Last updated on May 26, 2021
Most opioid drugs – such as heroin and opioid painkillers – are extremely similar in terms of their chemical structure, mechanism of action and range of effects.

Heroin is an illegal, opioid drug. It is most frequently used via injection, which rapidly result in a pleasant feeling of euphoria, warmth, drowsiness and decreased pain. Opioid painkillers are drugs that are prescribed to relieve mild to severe pain – but they can also elicit a reinforcing, euphoric effect similar to heroin due to their shared neural receptor interaction and subsequent activation of the brain’s reward circuitry. 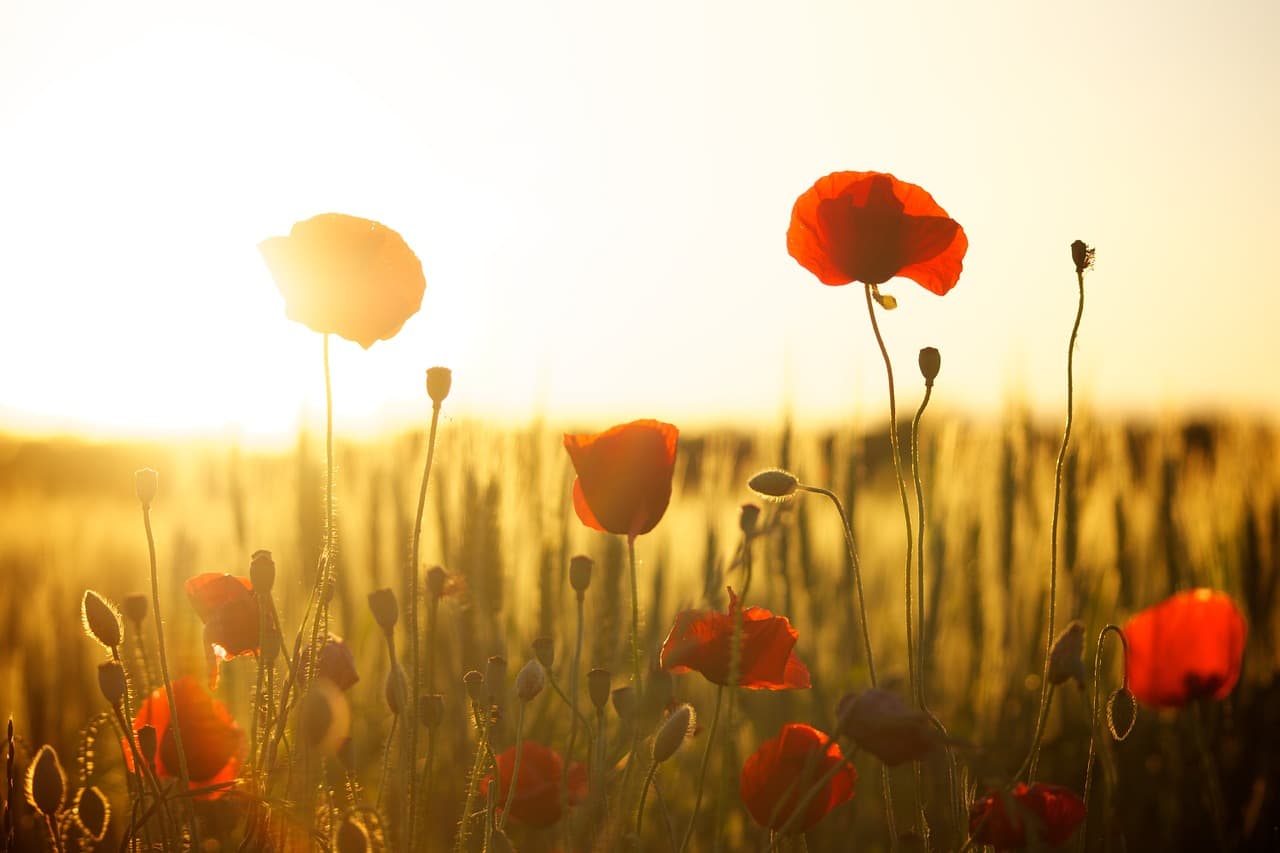 Some of the common opioid prescription medications are as follows: 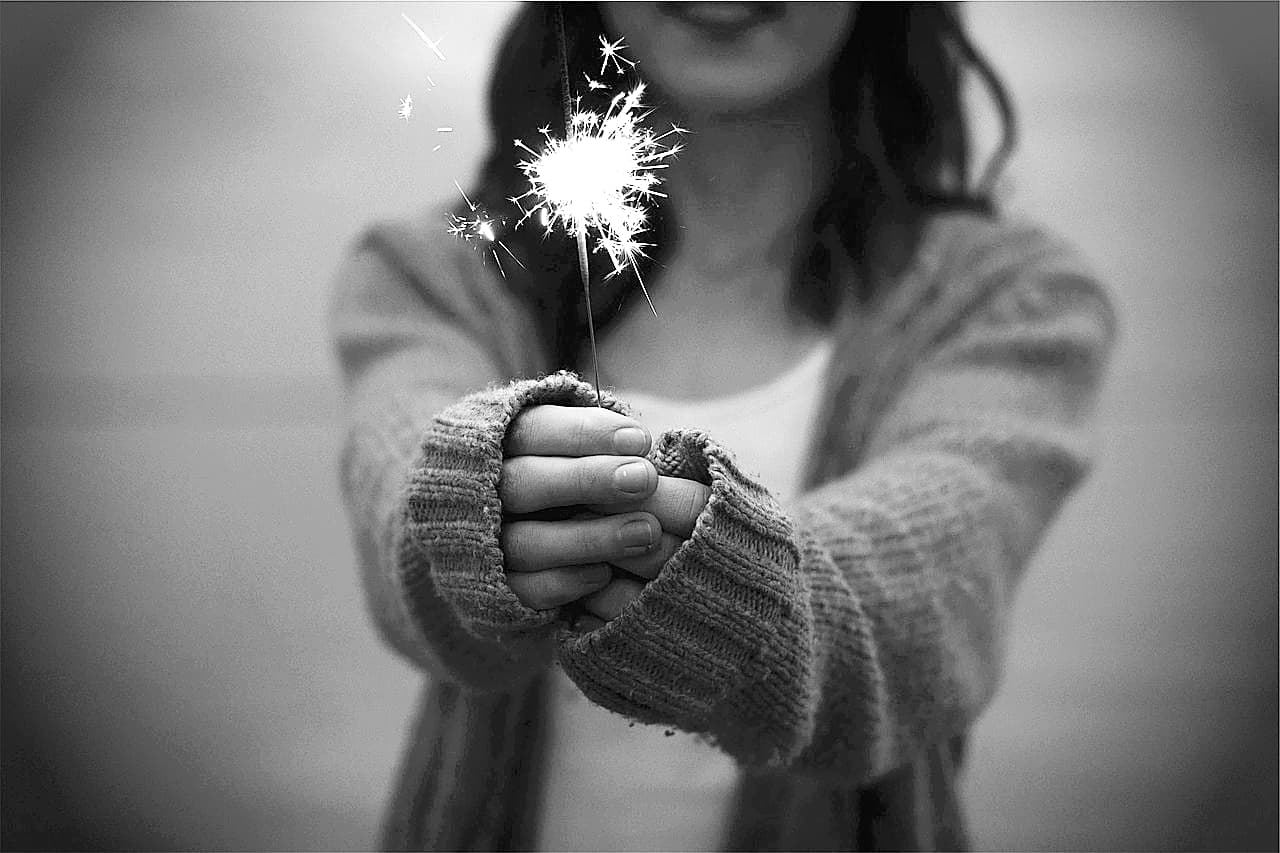 Heroin most frequently comes in the form of a white or brown powder. Among its various dangerous health effects, it can drastically slow breathing and can cause death. Since heroin is usually injected, the user is at high risk of contracting hepatitis, HIV and other infectious diseases that can spread by sharing needles. Additionally, heroin users who inject the drug can develop collapsed veins, abscesses and infections in the heart’s lining and valves. This illegal opioid is highly addictive, and an estimated 23% of people who use heroin develop a dependence.4

Heroin – unlike opioid painkillers – is not a regulated substance. It can be cut with a number of additives and impurities that can further damage multiple organ systems and make precise dosing an impossibility.

Conversely, when taken as prescribed, opioid painkillers are generally a safe, therapeutic pain management intervention for a number of patients. It is when people begin to abuse opioid painkillers for their euphoric effect – either by taking too many pills at once, by crushing and snorting pills or by injecting the powder – that the drug becomes dangerous and life-threatening.

Opioid prescription drugs are capable of producing profound respiratory depression, just as heroin does. Someone who abuses a painkiller is at higher risk of involuntarily stopping all breathing and subsequently dying. If prescription painkillers are taken for a short period of time and as directed by a doctor, addiction is rare. But if painkillers are taken long-term or abused, the risks of dependence and addiction are significantly increased.5

Research reveals a connection between opioid painkiller abuse and the initiation of heroin use. A 2013 study showed that those who had previously used opioid prescription drugs were 19 times more likely to begin using heroin in the 12 months prior to the study.

And as many as 4 out of 5 new heroin users in the study had previously abused opioids.6 There is an undeniable correlation between the two drugs, and heroin is often chosen as an alternative to opioids for being less expensive and more readily accessible.7

President Obama has acknowledged the growing dangers of opioid abuse in the U.S. In October 2015, he committed to a series of strategies aimed at combatting this epidemic.

Where Do These Opioid Drugs Come From? 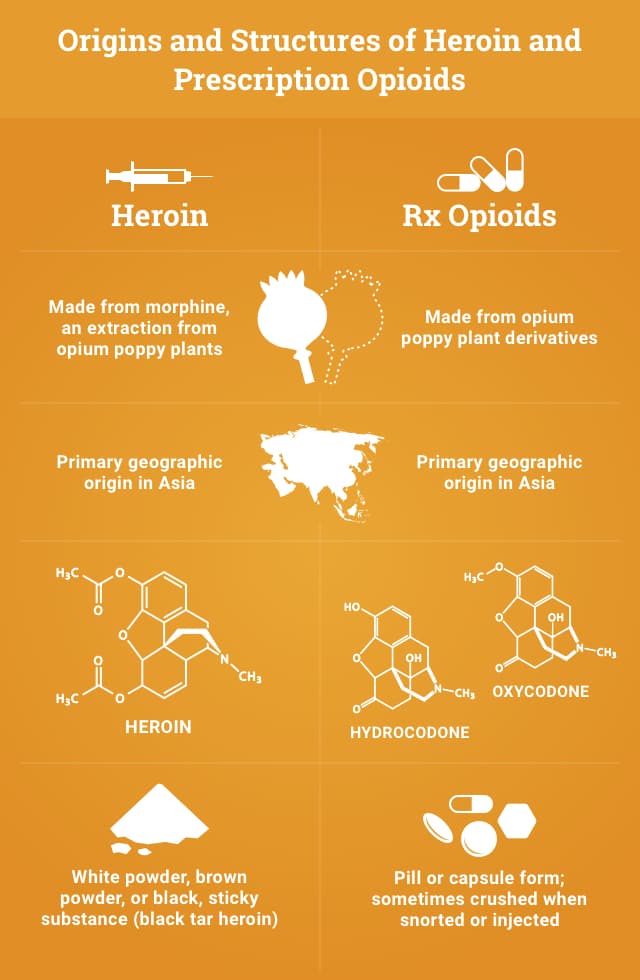 At a molecular level, heroin and many of the opioid painkillers are nearly indistinguishable from each other, with similar chemical structures. The characteristic chemical structure interacts with certain opioid receptors – targeting the brain’s reward centers, and inducing the euphoria and relaxation. Namely, heroin appears in white or brown powders unless it is in form of “black tar heroin” – which looks like a black, sticky tar substance that resembles coal or roofing tar. Opioid medications are most commonly encountered as pills or capsules.5,8-11

How Easy Is It to Get?

In 2013, the Food and Drug Administration announced that they would be tightening controls on access to opioid painkillers by limiting the amount of refills a patient could have before having to return to the doctor.12

This change in painkiller access – combined with the relatively low price and high accessibility of heroin – has caused many opioid users to turn to heroin. 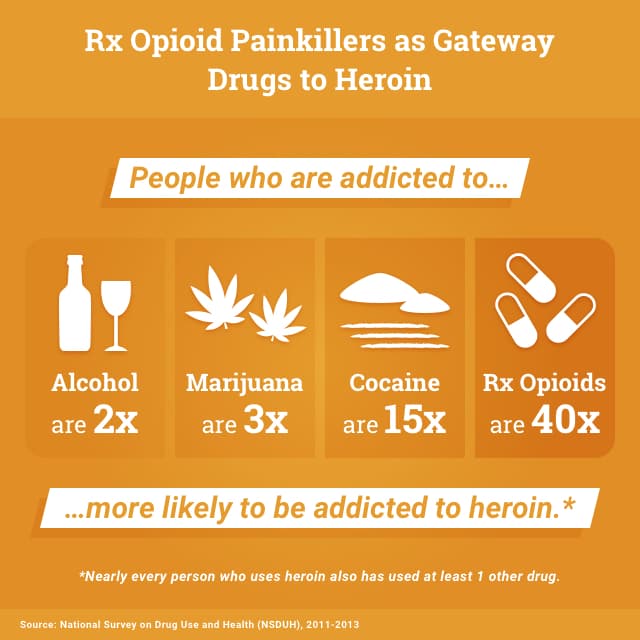 A total of 15,000 individuals struggling with opioid prescription drug addiction were interviewed between the years of 2008 and 2014, and the results were staggering. Many of those addicted to painkillers were not exclusively using painkillers anymore. The rate of exclusive painkiller use had decreased from 70% to 50% throughout the study – while combined painkiller plus heroin abuse rose from 24% to 42%. The majority of the responding individuals who had been addicted to opioid medications reported lower cost and higher accessibility as two major reasons for trying heroin.13

While heroin is an illegal drug, it is still relatively easy for individuals to get ahold of the drug off the streets when they want to. This is evident by the Centers for Disease Control statistics that report that there were 517,000 people who used heroin in 2012 – a 150% increase from 5 years prior in 2007.14 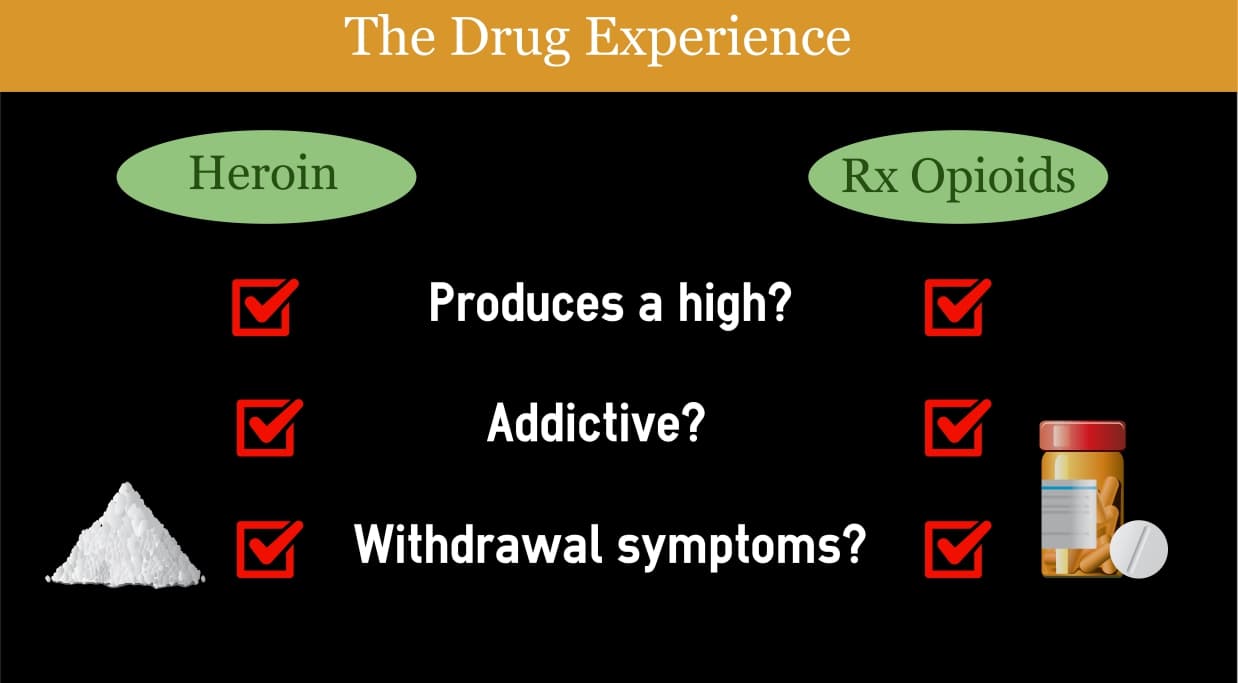 Heroin is converted to morphine – one of the more commonly prescribed opioid drugs – in the brain. So while the drug high from both heroin and opioid prescription drugs should theoretically be very similar experiences, heroin is known to be about 3 times stronger than morphine. So much larger doses of opioid painkillers would be required to come close to matching the intensity of heroin’s drug high. When taken correctly as prescribed, however, the “high” produced by opioid painkillers would be a much milder version than that produced by heroin. 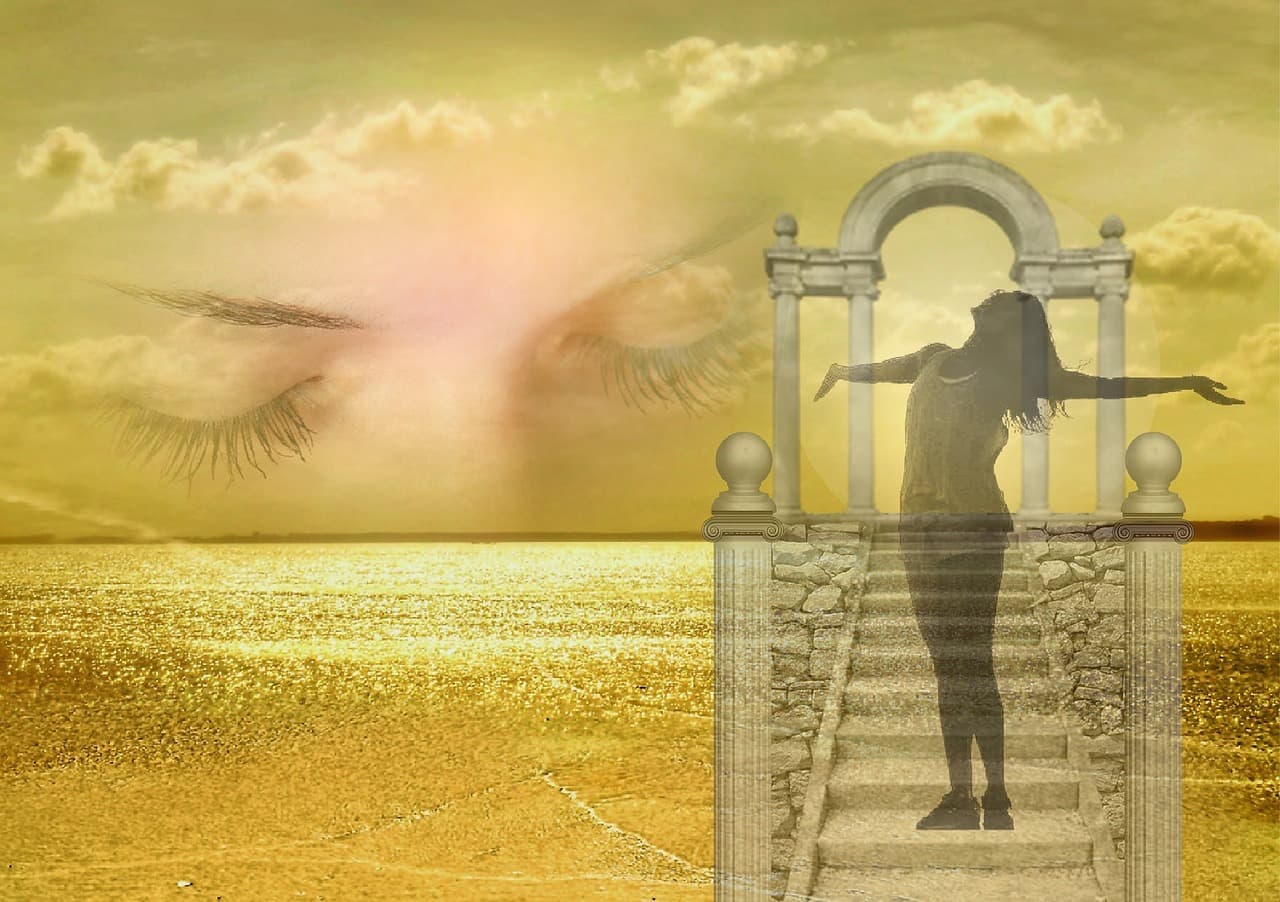 Heroin elicits an intense “rush” of:

Both heroin and opioid medications have potential for addiction. Heroin is extremely addictive, and tolerance and dependence can build rapidly.

An estimated 23% of people who try heroin become addicted.14

The main routes of administration include injecting, snorting and smoking heroin. Each of these methods deliver heroin quickly to the brain, which contributes to the highly addictive nature of the drug.

When taken appropriately and for short time periods, prescription opioids don’t have a high potential for addiction. However, certain individuals may be more likely than others to develop physical tolerance and dependence on the medications. When pills are crushed and snorted or injected, the risk for developing addiction increases greatly. It’s important to maintain good communication with your healthcare provider to ensure safe monitoring of your opioid prescription use so that it doesn’t develop into addiction.

Below are some of the more common withdrawal symptoms of both heroin and opioid medications16,17:

How Dangerous Are the Health Effects?

The short-term and long-term effects of opioid pain medications and heroin are more or less the same. Both drugs are capable of producing life-threatening symptoms, including suppressed breathing and comas.

These dangerous effects arise as a result of the drug in question binding with the opioid receptors in certain regions of the brain stem – a part of the brain that controls autonomic processes such as breathing, heart rate and blood pressure.17 When taking prescription opioids, it’s important to maintain a sense of self-awareness in terms of drug use behavior and closely adhere to your doctor’s instructions to reduce risks of developing addiction.

Shared short-term effects of both heroin and opioid painkillers include the following18: 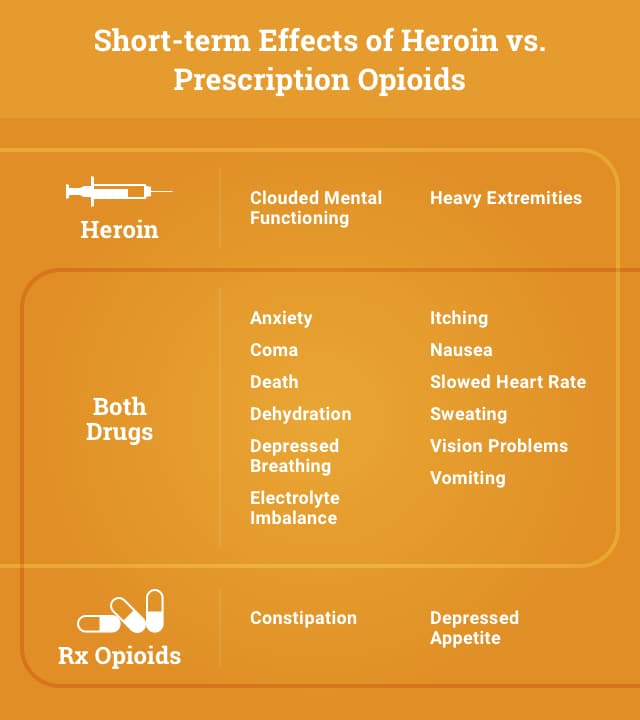 Heroin users have also frequently reported clouded mental functioning and a feeling of heavy extremities after short-term heroin use. Short-term painkiller use may often be accompanied by decreased appetite and constipation.15,19,20

Shared long-term effects of both heroin and opioid prescriptions may include the following16: 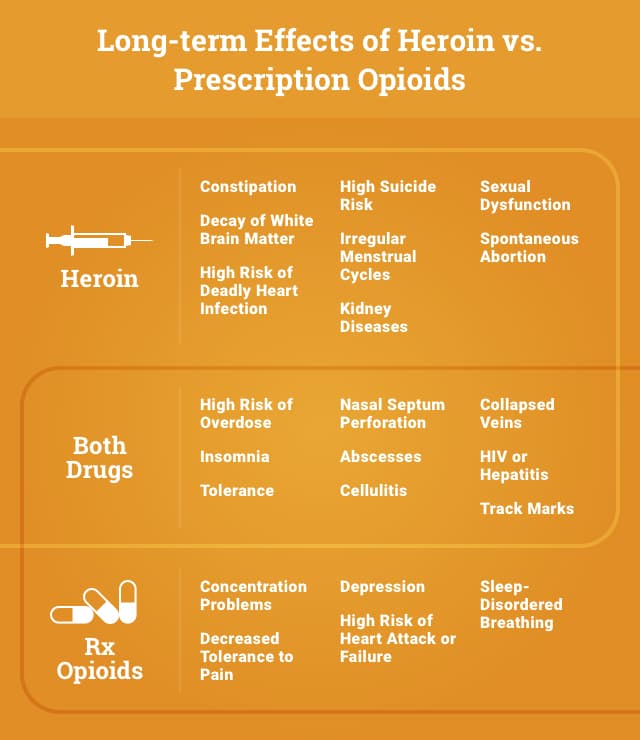 Long-term effects typically more common to either heroin or painkiller use are as follows:


How Does the Treatment Process for Heroin and Opioid Painkillers Differ?

When considering the treatment approaches for either a heroin or prescription opioid addiction, the similarities will outweigh the differences.  Both addictions will likely get worse the longer rehabilitation steps aren’t taken. So it’s in one’s best interest of to talk to a doctor sooner rather than later, and find a recovery center that meets your needs.

There are many treatment options for those suffering from an addiction to heroin or opioid painkillers. If your addiction is moderate to severe, it is recommended that you seek inpatient treatment, which allows you to live at the facility while receiving 24-hour care in addition to therapy and group counseling.

One benefit of inpatient treatment is that there is supervised, medically-assisted detoxification, which can alleviate withdrawal symptoms and minimize relapse risks. If your addiction is mild, you may benefit from outpatient treatment, in which you can still live at home and tend to your everyday responsibilities throughout recovery.

Comprehensive treatment may incorporate a combination of components from both inpatient and outpatient treatment types.

The most commonly used opioid antagonist that stops opioids from causing further effects in opioid overdose or intoxication.23

An opioid antagonist that works similarly to naloxone and doesn’t have any addictive properties. A new injectable form of it has been approved and only needs to be administered once a month, which improves compliance with instructions.

A partial opioid agonist, which means it binds to the opioid receptors in a weaker manner than opioid drugs and helps alleviate cravings by mimicking opioids without eliciting a powerful “high.” Buprenorphine is sometimes combined with naloxone (“Suboxone”) to further lower risk of overdose.

In some cases that don’t respond well to other pharmacologic interventions, or for others who have been first stabilized on the aforementioned medications, methadone can be another beneficial option. Methadone is an opioid agonist, but – compared with many abused opioids – its relatively longer-acting, less potent drug profile facilitates withdrawal management as well as longer-term maintenance and gradual tapering.24

Learn More and Find Help for Your Addiction

If you or a loved one is suffering from an addiction to heroin or prescription opioids, help is available for you when you’re ready. Call one of our treatment advisors to discuss what your options are and learn what next steps you can take that will be best for you and your particular circumstances. 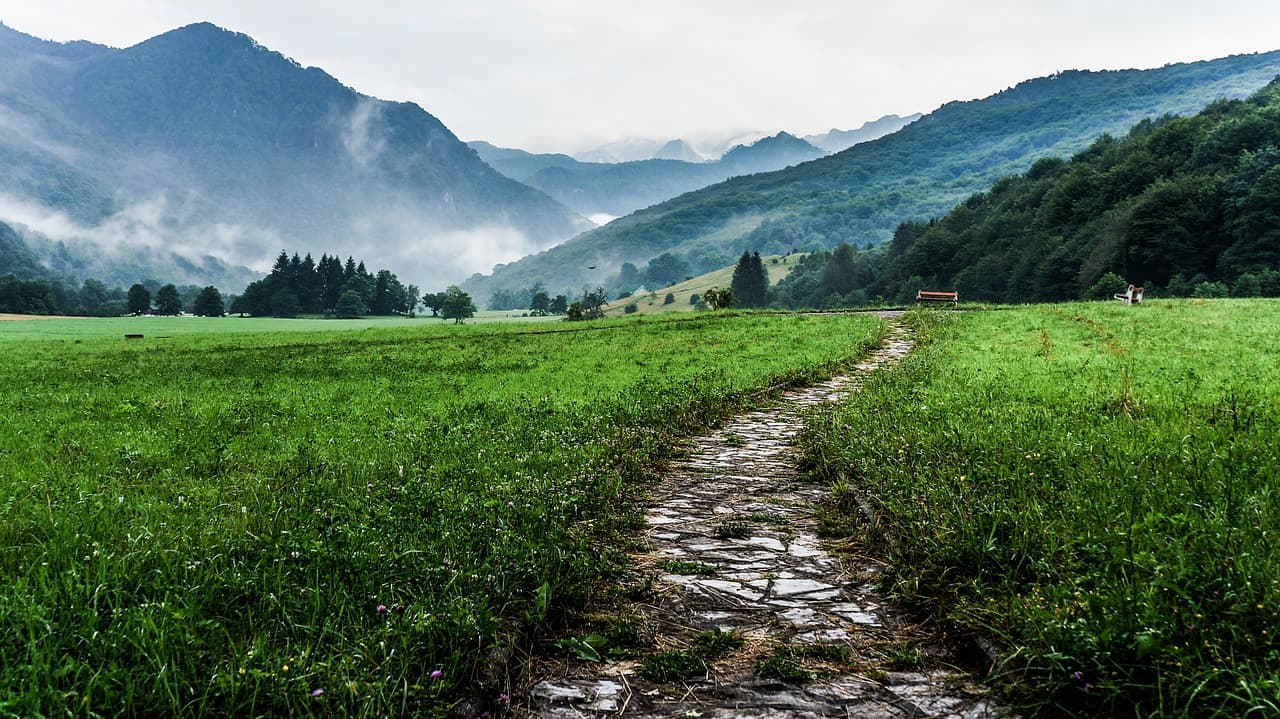 A Road to Recovery Is Available to You.