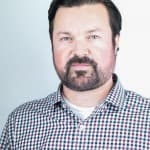 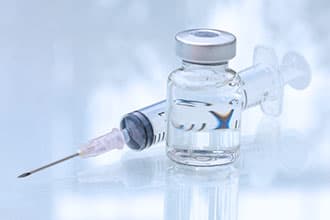 Naloxone (commonly known by the brand name Narcan), is a life-saving drug that can reverse the effects of opioid overdose. With heroin and opioid addiction rising as a public health concern across the country, naloxone is gaining national attention because of its potential to prevent overdose deaths.

According to the Centers for Disease Control and Prevention (CDC), opioids were involved in 33,091 deaths in 2015.1 For this reason, many cities and states are investing in the life-saving potential of naloxone. Local governments are arming EMS workers, police officers, firefighters, and social workers with naloxone. In some states, naloxone toolkits are available at the pharmacy without a prescription, and it is increasingly being distributed at homeless shelters, clinics, and low-income housing projects where heroin use has been reported.

It is important to remember that naloxone alone is not a cure for heroin addiction. While naloxone can save lives by reversing the effects of an overdose, used alone it provides no extended treatment benefits.

It is important to remember that naloxone alone is not a cure for heroin addiction. While naloxone can save lives by reversing the effects of an overdose, used alone it provides no extended treatment benefits. In fact, without adequate addiction treatment, many people who are revived from an overdose quickly return to using heroin or other opioids to avoid feeling withdrawal symptoms.

This article will help you understand exactly what naloxone is and isn’t. You will learn some of the science behind how it works, how to use it, and the role it plays in medication-assisted treatment for heroin and opioid addiction.

How Does Naloxone Work?

Naloxone belongs to a class of drugs known as opioid antagonists. This means that it binds to opioid receptors in the brain and prevents them from being activated. By contrast, heroin and prescription opioid drugs are opioid agonists, meaning that they activate the brain’s opioid receptors to produce a pleasurable, euphoric sensation.

Think of opioid receptors as tiny lights in the brain that get switched on by agonists. An opioid antagonist like naloxone binds to the receptor but does not activate it—or turn the light on. Antagonists effectively cut the power, preventing receptors from lighting up and producing physical effects.

In fact, naloxone has such a high affinity for the receptors that it kicks off any opioid molecules that are already there—switching a light from on to off, and keeping it off. Once naloxone is bound to a receptor, it physically prevents any other molecule from coming along and turning the switch back on. This is how it reverses the effects of opioid overdose.2

Those addicted to heroin who don’t maintain a treatment regimen have been shown to have a death rate that is 63 times the expected death rate of non-heroin users. More recent rates of heroin addiction have been growing rapidly across the U.S. Read More

How is Naloxone Administered?

Naloxone injections have been used for decades by paramedics and emergency room staff to treat opioid overdoses. Today, naloxone can also be administered as a nasal spray or in pre-filled, automatic injection devices, allowing people without medical training to administer the drug to someone who is overdosing.

The brand name medication Evzio is a pre-filled, automatic injection device that delivers one dose of naloxone. It comes in a toolkit with two auto-injectors and directions.2 Narcan is a brand-name for naloxone, which is now available as a nasal spray that can be easily given to someone who is overdosing. Like Evzio, intranasal Narcan also comes in a toolkit with two doses and directions.2

In any form, Naloxone works within minutes to restore breathing in patients suffering from opioid overdose.

In any form, Naloxone works within minutes to restore breathing in patients suffering from opioid overdose. In some cases, when a person fails to respond to naloxone, a second dose (given a few minutes after the first) is necessary to restore normal respiration.2

When someone uses heroin (or other opioids), the drug rapidly enters their blood stream and travels to the brain. There, it binds to and activates opioid receptors—initiating a cascade of molecular events that culminate in diminished pain and rewarding, pleasurable sensations, among other effects.

Heroin also acts directly on the respiratory center in the brain stem, slowing the rate of breathing. When someone overdoses by taking an excessive amount of heroin, their breathing is dramatically slowed or stopped completely, which can quickly lead to death.3

When naloxone is administered soon after an overdose, it binds to the opioid receptors and displaces the heroin molecules. Reversing and then preventing any additional receptor activation that would contribute to the respiratory distress immediately alleviates overdose symptoms and restores normal breathing.3

If you suspect that you or someone you love is overdosing on heroin, it is always better to err on the side of caution and call 911 immediately. The sooner naloxone can be administered, the better the chances are of saving someone’s life. The following are signs of heroin overdose:4

What to Do in Case of Overdose

If you or someone around you is experiencing these symptoms, don’t wait; call 911 immediately.

You will not get in trouble for possessing drugs or being high. The first priority of police or other responders is to treat the overdose and prevent death. You don’t have to give them your name if you don’t want to.

When you call 911, tell the dispatcher that you suspect a heroin overdose so first responders can arrive prepared. Try to give as much information as possible about your exact location, the substance that was being used, and the overdose victim’s symptoms. Remember that saving lives is the priority.

Side Effects of Naloxone Use in Heroin Overdose

Because naloxone displaces heroin from the brain’s opioid receptors, it can trigger withdrawal in people who are opioid-dependent. Heroin withdrawal symptoms are uncomfortable, but rarely life-threatening. Heroin overdose, on the other hand, is extremely lethal.

If you or someone you know has overdosed and received naloxone, it is highly recommended that you seek addiction treatment from a professional rehab facility. There, you will be able to detox from heroin in a medically supervised environment, have access to medications to manage withdrawal symptoms, and make a plan for long-term sobriety.

Surviving a heroin or opioid overdose is a wake-up call. Use this second chance at life to get clean and sober for good. Call our 24-hour helpline at 1-888-496-8059 Who Answers? to speak with a treatment advisor about rehab and recovery options that are available near you.

Heroin withdrawal is both the fear of every addict, and a glimpse of the light at the end of the tunnel. Which one depends upon the state of the individual – and their readiness to admit that they have a problem. Read More

Naloxone Use in Addiction Treatment

In addition to its role as an overdose antidote, naloxone is used by rehab and recovery facilities in various stages of the addiction treatment process.

While usually not life-threatening, withdrawal from heroin and other opioids can be extremely unpleasant. Heroin addiction is typically accompanied by dependence, a state in which the brain and body become accustomed to the drug and need it to function normally. When opioids are suddenly removed from the system—as is the case when naloxone is used to reverse an overdose—the body goes into withdrawal.

Withdrawal can begin 12–30 hours after your last dose of heroin. Physical symptoms of opioid withdrawal can last several days or even weeks. The following is a list of symptoms experienced in the first hours and days.

Suboxone is a drug commonly used in medication-assisted treatment programs. It is a combination of naloxone, an opioid antagonist, and buprenorphine, a partial agonist. Like methadone, buprenorphine is a long-acting opioid which activates opioid receptors in the brain to lessen the severity of withdrawal symptoms and reduce cravings.6

Naloxone is combined with buprenorphine to discourage people from using it to get high. If someone tries to snort or inject Suboxone, the naloxone portion of the medication activates and sends the person into withdrawal. This safe-guard helps to prevent people from abusing Suboxone or diverting it for sale, which in turn allows doctors to send patients home with a prescription, rather than requiring them to come into a dispensary every day to receive the medication.6

Suboxone is available as a dissolvable film, while other non-branded combinations of buprenorphine and naloxone are available as sublingual tablets that dissolves under the tongue. 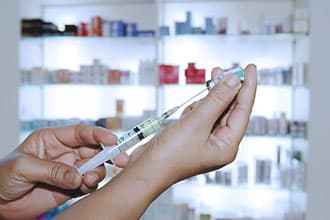 Medication-assisted therapy (MAT) is a key component of many detox and recovery programs for heroin and opioid addiction treatment. Commonly used medications include opioid agonists like buprenorphine and methadone, in addition to the naloxone/buprenorphine combination of Suboxone described above. When used as directed, these drugs activate the opioid receptors in the brain enough to control withdrawal symptoms and cravings, but not enough to get the patient high or cause them to become addicted to this new substance.

By providing tapering doses of these therapeutic drugs, treatment professionals help patients fully detox from heroin and opioids in a safe, medically supervised environment. MAT is administered as part of a comprehensive addiction treatment program that includes counseling and behavioral therapies.6

Another opioid antagonist used in heroin addiction treatment is naltrexone. Because they are both opioid antagonists with similar names, naltrexone and naloxone are often confused. The main difference between naltrexone (sold under the brand names ReVia, Depade, and Vivitrol) and naloxone is how long they stay in the body and block other substances from triggering the brain’s opioid receptors.

Naltrexone is a longer-lasting opioid antagonist, which makes it appropriate for long-term maintenance following a patient’s initial detox and recovery period. People with naltrexone in their system will not feel the desired pleasurable effects of heroin, opioids, or alcohol, which helps curb cravings and prevent relapse.7 By contrast, naloxone is extremely short-acting and does not stay in the body very long after the initial dose, making it most valuable in emergency overdose situations.

If you or your loved one is struggling with a heroin addiction, you know how devastating this deadly and unpredictable drug can be. In 2014 alone, there were 28,000 deaths associated with opioid overdose.8 Don’t become a statistic; call us at 1-888-496-8059 Who Answers?. Our treatment advisors can assist you in finding help today.

More on Heroin Detox and Treatment