A Guide to Suboxone Detox for Heroin Addiction

Written by: Editorial Staff
Last updated on February 25, 2019
Many heroin recovery medications must be closely monitored in order to prevent abuse. This means that recovering heroin users must either stay at an inpatient facility or get their medication doses only at particular times in particular places.
For many, this limited access to the medications makes recovery difficult to stick with. Suboxone is one of the first medications to address this issue, allowing the recovering user to take vital medications at home as prescribed for outpatient use. While Suboxone isn’t for everyone, it has offered notable help for certain individuals. 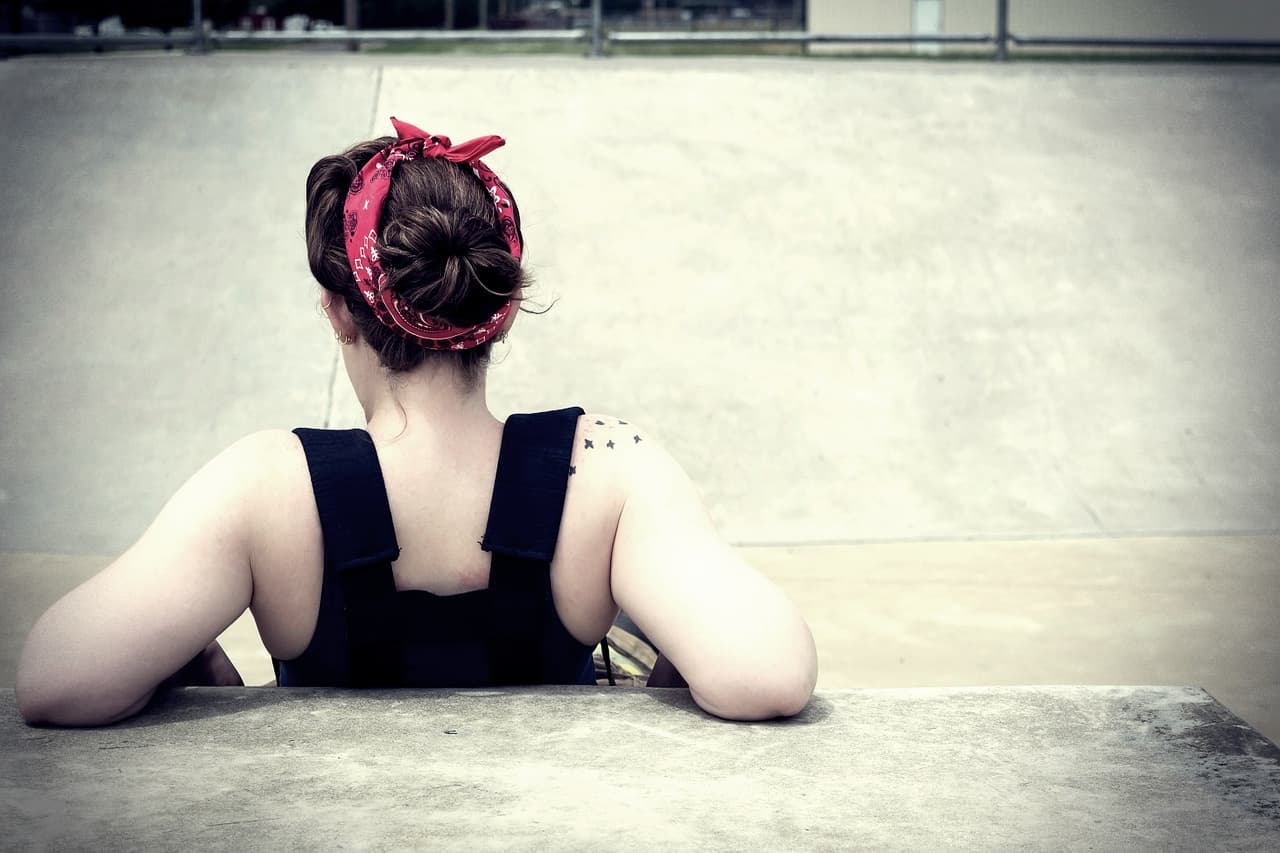 What Is Suboxone Detox?

Suboxone is a brand-name medication used to help with heroin detoxification and recovery. It was developed to address the need for an at-home prescription recovery regimen that heroin users would have an easier time adhering to and accessing.

How Is It Taken?

What Is It Made of?

Suboxone is a combination medication containing buprenorphine and naloxone, both of which have different effects that help with heroin recovery:

Buprenorphine is a “partial opioid agonist” medication – meaning that it partially mimics the effects of heroin by activating the same types of receptors that heroin does. But because it lacks the intense, euphoric “high” that heroin produces, buprenorphine should not be habit-forming when taken as prescribed. Buprenorphine also does not have many of the risky side effects that other opioid medications do.2

Naloxone is an “opioid antagonist” medication that works in the opposite way as buprenorphine – naloxone actually blocks opioid receptors in the brain, immediately preventing heroin from having its normal effects on the body. It is often used in emergency situations and is injected to treat heroin overdose by putting a halt to the drug’s effects.3

The combination of these two drugs – known as Suboxone – results in reduced cravings (due to the buprenorphine) without risk of overdose or drug abuse (due to the naloxone). 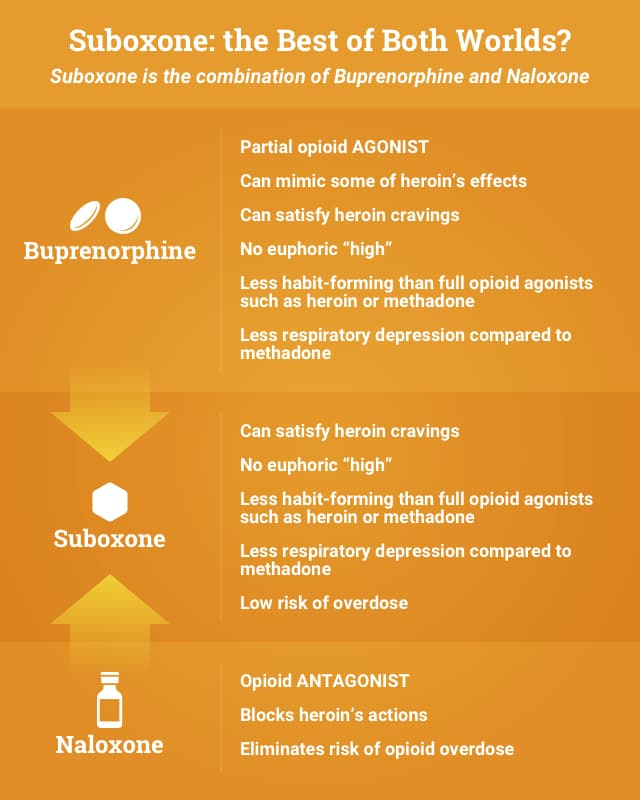 Functionally speaking, there is no difference between buprenorphine and Suboxone, and would be interchangeable therapeutic measures as long as the heroin user in recovery is not at risk for – or already abusing – buprenorphine.4 Suboxone is taken at higher, more frequent doses early in the stabilization process, with gradually decreasing doses as detox is accomplished and as maintenance medication therapy begins (if maintenance is needed).5

In moderate to heavy heroin users, doctors often recommend medication maintenance therapy to help patients cope better with longer-lasting withdrawal symptoms and to prevent relapse. The starting dose will vary by the individual and by the severity of heroin use. Once a person is in the maintenance phase of recovery, however, Suboxone is typically dosed as a single administration of the drug per day.3

What Are the Pros and Cons?

As with almost any therapeutic treatment, there are a number of both pros and cons to consider when evaluating with your healthcare professional whether or not Suboxone detox is right for you.

Who Should Consider Suboxone Detox?

Suboxone detox tends to be most effective for moderate to heavy heroin users. It helps reduce cravings while at the same time blocking the euphoric, addictive effects of heroin use.

Suboxone detox tends to be most effective for moderate to heavy heroin users.

In decreasing doses over time, Suboxone is an effective abstinence maintenance medicine. The maximum potential benefit of Suboxone therapy occurs in combination with counseling or therapy.14  Suboxone treatment is not right for everyone, however. 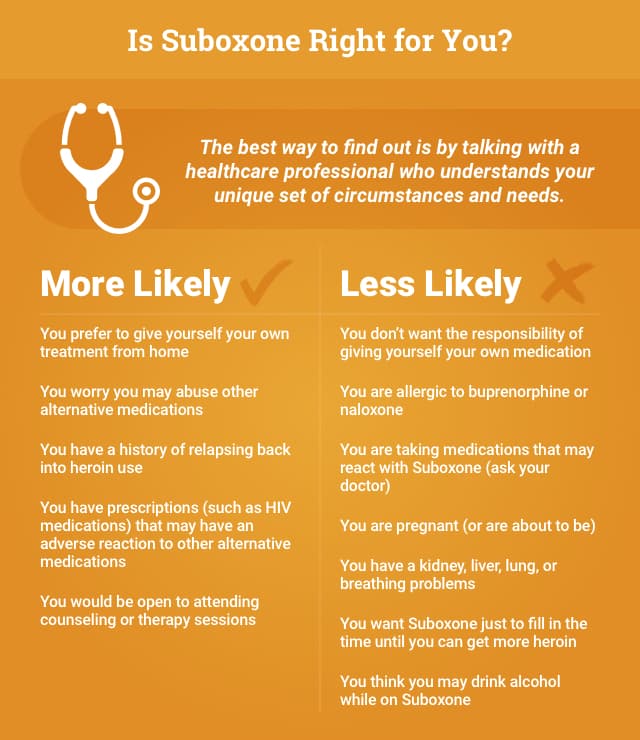 Treatment plans should be individualized, as each person can react differently to medications. The best way to find out if Suboxone is right for you is by speaking with a healthcare professional who understands your unique set of circumstances and needs.

How Much Does It Cost?

The price of Suboxone depends on how many tablets you buy, where you buy them, and what the dose is. Most insurance plans and Medicare will cover the drug. Price info is below. Keep in mind that Suboxone purchased on the street will probably be more expensive.

Note: Subutex, a branded form of Suboxone, is no longer available.