Medications for Heroin Addiction and Detox

Written by: Editorial Staff
Last updated on February 25, 2019
Several medications are used to treat addiction to heroin and other opioids such as oxycodone. These drugs are used to help people maintain abstinence and decrease cravings for opioids. Often, they are combined with counseling and other behavioral therapeutic approaches as part of a comprehensive substance abuse treatment program.
Though these medications are FDA-approved for the management of opioid dependence, they come with some side effects and risks that users should be aware of.

What Do These Medications Do?

The 3 major medications used to treat heroin addiction are methadone, buprenorphine (in combination with naloxone as Suboxone), and naltrexone (ReVia, Vivitrol). They help to block the euphoric effects of heroin, relieve cravings, and help the body and brain adjust to no longer having the drug in the system.1 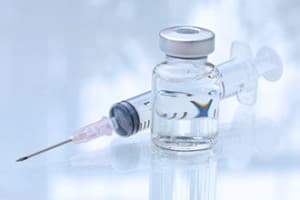 These drugs are used as part of a medication-assisted treatment (MAT) regimen, which combines medications with therapy and counseling to help people recover from addiction to heroin and other opioids. Studies show that the combined approach of behavioral intervention and medication is effective at reducing drug use, improving retention in treatment, and reducing HIV transmission.1 In areas where access to MAT services are expanded, the rates of overdose fatalities have declined.2

Only trained health care professionals can make the call on which medication is the most appropriate as part of treatment, and under what conditions a person should withdraw or stop using medication.3

MAT is supported by the Substance Abuse and Mental Health Services Administration (SAMHSA), the Institute of Medicine, and the World Health Organization. Although decades of research demonstrate that the benefits of MAT outweigh the risks, studies confirm that MAT continues to be underused and access to programs remains limited.2,3,4

Methadone is a synthetic opioid agonist drug. It produces similar effects as morphine, and chronic misuse can result in dependence.5 The drug comes in pill, liquid, and wafer forms. When used as prescribed to manage substance dependence, methadone blocks the euphoric effects of heroin and other opioids, eases withdrawal symptoms, and changes how the brain responds to pain.6

Though methadone is largely safe, side effects can occasionally be serious and include the following:6

It is possible to overdose on methadone. A person may suffer the following effects:5


Methadone has been deemed safe for use in the management of opioid dependence in pregnant women. It helps to prevent withdrawal symptoms, which can decrease the risk of early uterine contractions, premature birth, or miscarriage. Studies show that, while a small amount of methadone does enter breast milk, the benefits of breastfeeding while being treated far outweigh the risks.6

If you are pregnant or breastfeeding and thinking about methadone management for opioid dependence, talk to your doctor first.6

Buprenorphine is a partial opioid agonist drug. It is available as a tablet or dissolvable film form. Buprenorphine is a relatively long-acting opioid, and some people do not have to take it every day. Each dose of buprenorphine increases the effects of the drug until, eventually, the effects level off. This is sometimes referred to as a “ceiling effect,” and it lowers the risk of dependency, abuse, and side effects.7

Buprenorphine is often prescribed as a combination medication along with naloxone. The FDA has approved the following buprenorphine products for the treatment of opioid dependence:7

Buprenorphine can be prescribed by doctors who have met Controlled Substances Act requirements and have a waiver. In the first year after they receive the waiver, doctors can provide the treatment to only 30 people. After the first year, doctors can request to treat up to 100 people. However, these limits do not apply to OTPs that dispense buprenorphine on-site.3

Research shows that even though there are nearly 435,000 primary care physicians across the country, roughly only 30,000 have a waiver to provide buprenorphine. In an effort to expand access, on July 8, 2016, Congress ruled that eligible physicians could request approval to treat up to 275 patients.3

Using buprenorphine can result in the following side effects:7

Despite the ceiling effect, it is possible to overdose on buprenorphine—particularly if the drug is used with sedatives and/or alcohol.3 Overdose symptoms include pinpoint pupils, pronounced drowsiness, dizziness, blurred vision, and slowed breathing.8

There is limited evidence on the efficacy and safety of buprenorphine for use by pregnant women. However, case reports do not demonstrate any significant problems from use of buprenorphine during pregnancy. Pregnant women should use buprenorphine or Suboxone only if their doctor deems that the benefit outweighs the potential risk to the fetus. Breastfeeding is not advised in women being treated with buprenophine.9

It is possible for people to switch from using methadone to using buprenorphine. Studies have shown that buprenorphine is equally as effective as moderate doses of methadone but may not be as effective for people with strong physical dependence. If you are thinking of switching from one of these drugs to the other, discuss this with your doctor.7

Naltrexone is an opioid antagonist that does not produce opioid-like effects and has no misuse liability. It blocks other drugs from attaching to opioid receptors in the brain and also stops the effects of other opioids in a person’s body, which can lead to withdrawal. For use in cases of opioid dependence, it may be administered 2 ways—as an oral tablet or an extended-release injectable.10

Naltrexone is often used when a person has completed methadone or buprenorphine treatment and wants to stop taking these medications, but still discourage relapse. It can also be an appropriate treatment for people who have detoxed and completed a rehabilitation program, and are going back into an environment where they may be exposed to drug use.3

Side effects of naltrexone may include:10

Those who experience side effects should talk to their health care provider or substance abuse counselor to change the dose or discontinue the medication.10

Any healthcare provider can prescribe naltrexone without special training. Like all MAT medications, naltrexone should be incorporated into a comprehensive treatment plan, including counseling and social support programs.10

Other Medications for Detox

Many medications are used off-label during heroin withdrawal to help with common symptoms such as insomnia and depression.

Below are a few examples of commonly used medications:11

If you’d like to learn more about rehab programs that offer medication-assisted treatment, contact our helpline today.

4 National Council for Integrated Health. (2014). Expanding the Use of Medications to Treat Individuals With Substance Use Disorder in Safety-Net Settings.