What to Do if You’re Caught With Heroin 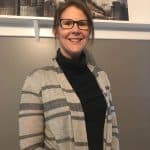 Written by: Jacquelyn Buffo
Edited by: Dan Wagener
Reviewed by: Scot Thomas
Last updated on March 17, 2021
Being caught with any illegal substance can have serious and lasting consequences. Being caught with heroin is no exception. If you’re convicted, you can face fines and jail time. A drug conviction can also affect your ability to get a job, qualify for student loans, obtain a professional license, or rent a home.
However, non-violent offenders may be eligible for diversion programs in which they attend treatment instead of serving time.

What Are the Penalties for Heroin Use?

Heroin is a controlled substance, which means that its use and possession are regulated by the federal government. The government classifies or schedules substances based on accepted medical use, abuse liability, and the potential for chemical dependence when misused.1

The federal Controlled Substances Act forbids the possession, manufacturing, dispensing, or supplying of controlled substances such as heroin.1 There are local, state, and federal penalties for breaking these laws.

Federal laws primarily focus on larger quantities of controlled substances as well as interstate and international drug trafficking. The consequences of a conviction can also be more severe than state or local laws due to the amount of the substance and the number of people that can be affected by the crime.1

If you are caught with more than 1 kg of heroin and convicted of heroin possession, you could face:2

A federal trafficking conviction of 1 kg or more could mean: 3

A second federal trafficking conviction of the same amount can result in: 3

If you are convicted of trafficking 100 to 999 grams of heroin, you could face:3

A second offense could result in: 3

Penalties on the state level vary and take into consideration the quantity, labeling, distribution, use, and manufacturing of the drug.

For example, in Massachusetts it’s illegal to be in a place where heroin is stored and to be around someone who has heroin on them. You could face serious charges if you are in the same residence as someone who possesses heroin.2

In Illinois, your conviction and penalties depend on not only the quantity but also the type of drug you possess. For example, penalties for heroin possession and distribution may be different from those for cocaine. If you are caught with heroin or a heroin equivalent, sentencing may include:5

What Are My Options If I’m Arrested?

Drug possession cases aren’t cut and dried, and there are several factors to consider.

Where the drugs were found (on your person, in a friend’s car while you were driving), where you were when drugs were found (in a public place, near a school, at a private residence), the quantity of drug that was found, and the type of drug that was found are some of the factors that contribute to your conviction and ultimately the penalties you receive.

Depending on your state and local laws as well as the above-mentioned factors, you may be able to get a charge dropped or a case dismissed. Diversion is an option that can result in the charges being dropped or reduced if you successfully complete a mandated drug treatment program. 6

Diversion is used as an attempt to rehabilitate rather than punish people convicted of drug-related crimes. Non-violent offenders are generally eligible for diversion, and some courts have expanded their eligibility to people who have more than one drug-related offense. You can enter diversion either before you are convicted of a crime or after you are sentenced.6

One of the more common types of diversion programs is drug court or drug treatment court. Drug courts operate locally, have specific requirements, and combine treatment with incentives and consequences to promote compliance. Drug court programs generally last for a minimum of 1 year and require regular court appearances as well as random drug testing.7

Although drug court is an alternative to jail and can result in charges being dropped, it requires time, energy, and hard work. If you choose to participate, you will be mandated to complete the requirements outlined by the drug court. If you don’t complete them, you may face the original charges and be sentenced.6

There are generally 4 stages to drug court treatment:6

Drug court participants will have a treatment plan created for them that outlines the requirements needed to successfully complete the program. These requirements can consist of residential, outpatient, individual, and group therapy. Also, attendance at support groups such as Narcotics Anonymous meetings is common.

You can search the National Drug Court Resource Center to see if there’s a drug court in your area.

How Does a Drug Conviction Affect My Life?

A drug conviction can result in serious and sometimes irreversible consequences. For example, a permanent mark on your criminal record can have a lasting impact on your ability to get a job, get a professional license, and rent an apartment as these things generally require a background check.

A federal drug conviction can also result in:2

If you have been charged with a drug-related crime, speak to an attorney about the possibility of a diversion program or drug court—especially if this is your first offense. Drug courts can help you recover from substance abuse and addiction issues, prevent you from serving time in jail, and reduce the likelihood that you will re-offend.7

If you use heroin, getting treatment now can help you avoid legal problems as well as health issues and more serious consequences such as overdose.