Heroin Effects on the Body

Written by: Editorial Staff
Edited by: Dan Wagener
Reviewed by: Scot Thomas
Last updated on May 28, 2020
Heroin is an opioid drug made from morphine, which is a naturally occurring substance found in the opium poppy plant.1 Many users inject it, but it can also be snorted or smoked. It has a wide range of short-term effects on the body, including constricted pupils, nausea, vomiting, drowsiness, confusion, and slowed breathing. Over time, heroin use can lead to liver and kidney disease, insomnia, lung problems, heart problems, collapsed veins, chronic constipation, and sexual dysfunction. 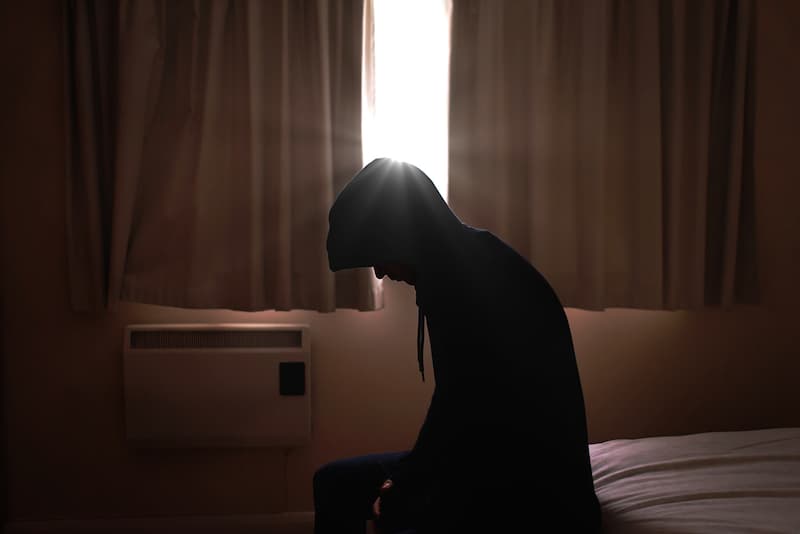 Immediate Effects of Heroin Use on the Body

When someone injects heroin into a vein, the drug’s effects begin to be felt in about 7 to 8 seconds. Injecting into a muscle or under the skin produces peak effects in about 5 to 8 minutes. Though all are fast-acting routes of administration, injecting or smoking heroin allows it to reach the brain relatively faster than snorting.1,2

The heroin high is characterized by an immediate and intense rush of pleasure and euphoria.3,4 These sensations last anywhere from 45 seconds to several minutes. Once the rush of the high wears off, the user may feel drowsy and relaxed for up to an hour (being “on the nod”).3

Other effects may last 3 to 5 hours and include:5

The way heroin affects a person will depend on:5

Need a Way Out of Addiction?

Regular heroin use is associated with tolerance, dependence, and addiction.3 Tolerance means that a user needs increasingly higher doses of the drug to get the same effect they felt before. Dependence means that the user’s body becomes used to having the drug in its system and can only function normally when the drug is present.

Tolerance and dependence are both criteria used in diagnosing an opioid use disorder and are often present in people with heroin addiction. A heroin addiction can be broadly characterized as compulsive use of heroin despite health problems or problems at work, school, or home.

People who develop significant levels of opioid dependence are likely to go through withdrawal when they stop using heroin. Though the experience of withdrawal varies widely from person to person, acute heroin withdrawal symptoms may first develop between 6 to 24 hours after their last use. Symptoms peak in the first 3 days and can last up to a week.5

Chronic heroin use is associated with white brain matter deterioration – which may lead to impairments in decision-making, self-regulation and the ability to respond to stress.4

Common symptoms of withdrawal from heroin include:3,5

The onset of these symptoms frequently motivates individuals to continue using to relieve them.
Over time, heroin use can also lead to a deterioration in physical health. Some of the most common health problems associated with addiction to the drug are listed below:

In many cases, heroin addiction tends to be accompanied by lifestyle choices that are also unhealthy: recreational drugs, cigarette smoking, lack of exercise, and poor nutritional habits. The drug’s effects on the body are only worsened when the user also makes these risky health and behavioral choices.

In addition, by sharing syringes and other paraphernalia used for injecting the drug, heroin users have higher risk of developing infections through contact with infected blood or other bodily fluids. Examples of bloodborne diseases that can spread by needle-sharing include HIV and hepatitis C.3

Further, heroin often contains other substances such as sugar, starch, or powdered milk. When injected, these substances can clog blood vessels to the lungs, liver, kidneys, or brain and cause permanent harm.3

Finally, heroin users who inject can develop tuberculosis, a bacterial pathogen that commonly infects lung tissue. Although many people may have what’s known as a latent tuberculosis infection or otherwise remain asymptomatic after infection, users with HIV are more likely to have active infections.7

Learn More About Addiction and Get Help

Taking the first steps to help yourself or a loved one can feel intimidating. If you or someone you love may be suffering from an addiction to heroin, however, there are many ways to get help. Educate yourself about heroin, addiction, and treatment options that are available to you or talk to your health care provider about recommendations for programs.